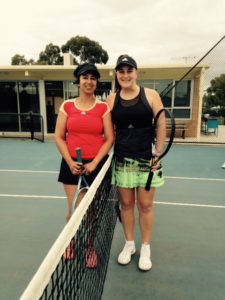 This year the tournament was sponsored by ‘Money Quest’

The tournament commenced on Sunday morning 20th October with the women playing round robin doubles and the men starting in the afternoon. After an enjoyable and competitive days tennis, the women’s finals were played and completed that afternoon with spectators witnessing an interesting tussle between the combatants.

Congratulations to our new ladies champions, Katrina in singles and Katrina & Dearnne in doubles.

The men’s competition continued the following Sunday afternoon where the double’s final was played and won on a close encounter, decided with a tie-breaker.

Result for men’s doubles was Cameron Rush & Daniel Sculac d Andrew Diakoff & Aaron Muzaferovic, 8-7. The men’s singles was postponed due to wet weather and was re-scheduled to the following Sunday morning.

The Men’s singles final was an enthralling encounter between Andrew and Daniel and the spectators were on the edge of their seats as they watched this go down to the wire! The first set saw Daniel leading only to see Andrew claw back and win the first set on a tie-breaker. The second set was again tense with Daniel leading and again Andrew coming back for another tie-breaker, Andrew had a match point but Daniel fought back to win the tie-breaker. At one set a piece a 10 point tie-breaker was to decide the outcome. After a hard fought close battle Daniel prevailed 10-8 and becoming the new club champion.

Congratulations to all players that competed in this year’s tournament, without your participation this event would not be possible.

Also, would like to thank our new sponsor “Money Quest” for supporting this event.

Presentation of trophies wad held on the 14th December on the Club’s Christmas party at late afternoon.

Hope to see you all again next year Championship. 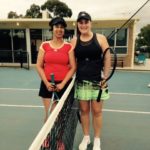 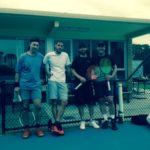 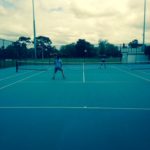 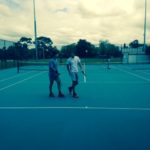